Air marshal P. Kanakaraj (Retd.)
Air marshal P. Kanakaraj (Retd.) VSM, AVSM, PVSM, Commander-in-Chief, maintenance command, Indian Air Force.
- 1972 batch of kvh
- was conferred the distinguished alumnus award for “excellence in public administration” at the National Institute of Technology, Tiruchi (NIT-T) in March 2014.
The marshal had passed out as a mechanical engineering student from REC (Regional Engineering College) (NIT was then known as REC)
in 1977, went on to pursue post graduation in IIT Madras, and then joined the Indian Air Force.
- Chief patron of KVHAA.
- 39 years of distinguished career in the Indian Air Force.
- Commanded the only Unified Command of Indian Armed Forces at Andaman and Nicobar Islands
- As the Commandant of National Defence College of India conducted year long courses on National Security and Strategy for senior Indian Defence and Civil Services officers as well as defence officers from friendly foreign countries
Diplomatic experience of three years as the Military and Air Attaché at the Indian Embassy, Ukraine and Romania.
Presently hold the Admiral RD Katari Chair of Excellence at United Service Institute of India, N Delhi for research on Strategic Vision - 2030 for Security and Development of Andaman and Nicobar Islands. 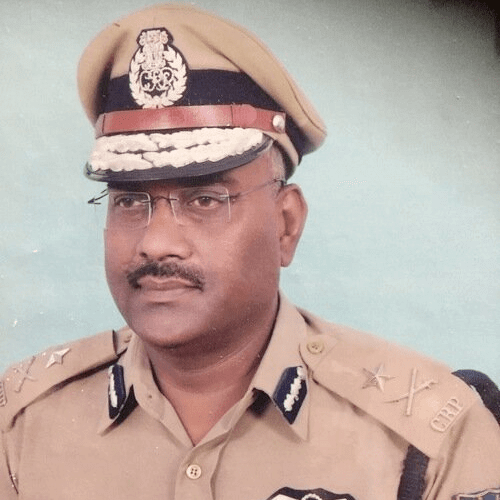 Mr. M.P. Nathanael, IGP(Retd), CRPF
Mr.Muthu Paul Nathanael studied in schools in Amritsar, KV Hebbal, Bangalore and Jammu initially due to his father’s transfer. His father – an airman – retired as Honorary Flying Officer.
Intense homesickness compelled his father to pull him out of the boarding school and admit him in Central School(later KVH), Hebbal in Bangalore in September 1965.
Having passed out from the school in 1968, Mr Nathanael pursued studies in ARSD College (Delhi University) and obtained B.A.(Honours) degree in English Literature in 1971. While studying in MA (Final) in Delhi University, he was selected for the post of Deputy Superintendent of Police ( a Class-I Gazetted post, Central Services ) in the Central Reserve Police Force under the Ministry of Home Affairs. He joined CRPF in September 1972.
After a year-long training in Neemuch (Madhya Pradesh), he joined 10th Battalion, CRPF in Tamenglong (Manipur). In an encounter with the Naga insurgents in November 1974, he sustained serious bullet injuries in both the legs. For his derring-do in the encounter in which one insurgent was killed and five arrested with a huge haul of arms and ammunition, he was awarded the President’s Police and Fire Service Medal for Gallantry.
Having recovered from the injuries, he subsequently underwent the energy-sapping Counter Insurgency and Jungle Warfare course in Army School in 1980 and Commando course in 1981.
During his over 39 years-service, he was awarded the President’s Police Medal for Distinguished Service and the Police Medal for Meritorious Service apart from being honoured with the CRPF Director General’s Commendation Disc thrice and the National Security Guard DG’s Commendation Disc. During his five years stint with the National Security Guard, he was a Commando Instructor in the Training Centre apart from holding other responsibilities.
He served as Deputy Inspector General of Police (Operations) in Srinagar and as Inspector General of Police (Operations) in Jharkhand and as IGP (Operations) of Assam and Arunachal Pradesh.
After superannuation in September 2011, he joined the Jaypee Associates in NOIDA as Vice President (Administration) and later as Consultant (Security, Vigilance, PR and Publications) in NCERT, New Delhi till February 2020.
Mr. Nathanael is a regular contributor of articles to all leading national newspapers. Over 1,500 articles written by him have appeared in various journals, periodicals and newspapers.
He has undergone pilot’s training in Delhi Flying Club and has done solo flights. 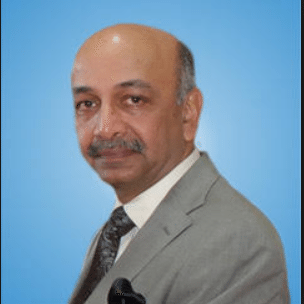 Rear Admiral Sudhir Pillai
Rear Admiral Sudhir Pillai joined the National Defence Academy, Khadakwasla, Pune after finishing Class XI from this very school in1976.
Commissioned into the Indian Navy in 1980, he specialised as a Naval Aviator and has flown over 3000 hours including from Aircraft Carriers and other shipborne flights.
He has been the Commanding Officer of five ships and that of the Naval Air Station at Kochi.
As an Admiral his assignments include tenures as Flag Officer Naval Aviation and Chief Instructor (Navy) at the Defence Services Staff College.
He is a graduate of the National Defence College and holds an M.Phil in Defence and Strategic Studies.
Rear Admiral Sudhir Pillai was awarded Nao Sena Medal (Gallantry) for acts of exceptional courage during an expedition to the Weddell Sea in Western Antarctica. 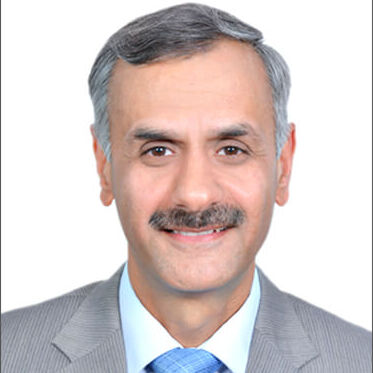 Major General Anupam Bhagi, YSM, SM
Officer is our alumnus, having graduated from Class XII (Science) batch of 1985 as the School Captain and Best Outgoing Student.
An achiever at academics and a stellar orator, sportman and an outstanding NCC cadet; he joined the National Defence Academy and passed out 3rd in Infantry Merit from the 89th IMA Course.
Commissioned into 5th Battalion,The Dogra Regiment;he is a graduate of the prestigious Defence Services Staff Course, Wellington and Higher Defence Management Course, Secunderabad.
In a distinguished career spanning 31 years he has served predominantly in J&K, being decorated with the Sena Medal for gallantry in 1991 as a young Captain and with the Yudh Seva Medal, while commanding a brigade in operations in 2017. He also served as a UN Military Observer in Eritrea-Ethiopia in 2000-2001.
Major General Anupam Bhagi, has done the School, Indian Army and Nation proud while deputed on a United Nations assignment as UN Force Chief of Staff, MONUSCO (Congo) in 2017-18, being awarded the Force Commander's Commendation.
Officer has held coveted command, staff and Instructional assignments at various higher headquarters and field formations and is presently a Senior Instructor at the College of Defence Management, Secunderabad.
KVH Class of 1985, teachers, staff, students and alumni are today proud of our School Captain being promoted to Major General in deserved recognition of his leadership, merit, professional qualities and an outstanding career in the Indian Army. He truly stands as an example for all of us to emulate. 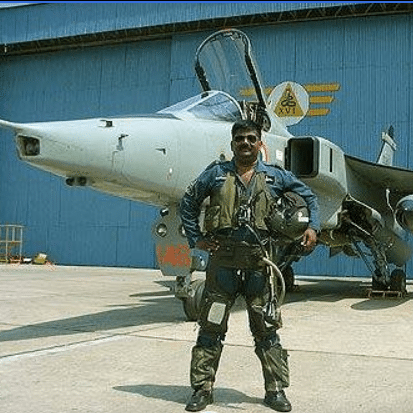 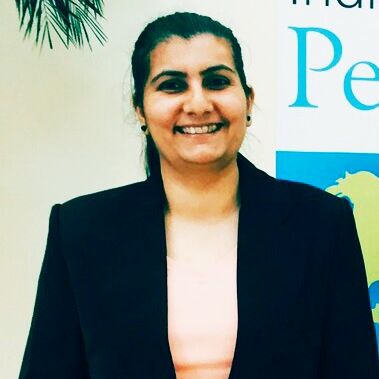 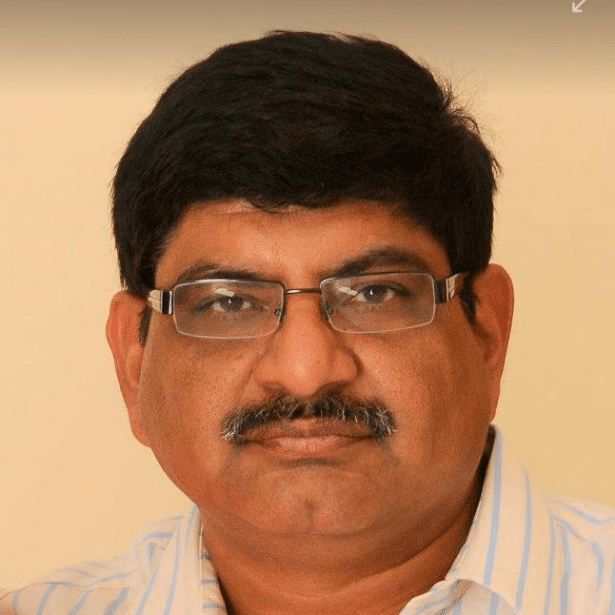 Sandeep Bhatia
Category: Innovation
Organization: Broadcom Ltd
Achievement: Over 30 US Patents granted for the work done in the area of Video and Audio
processing for Set top boxes. 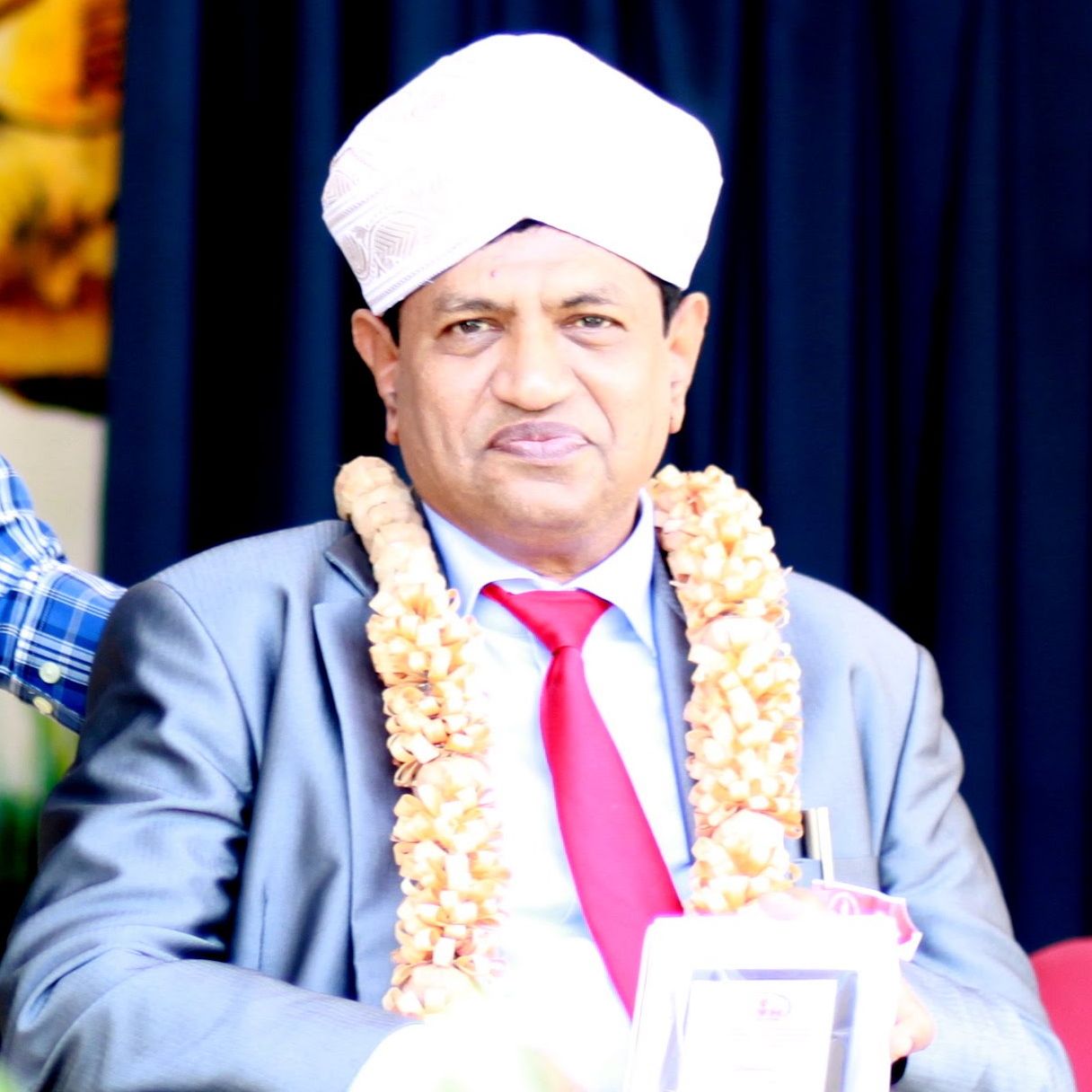 Ashfaq Ahmed
Ashfaq Ahmed : 1975 batch, President of KVHAA.
40 years of service with the Karnataka Government.
Retired as Regional Transport Office and is the currently the president of RTO’s association in India.
Has been a major source of help in association activities since its inception. 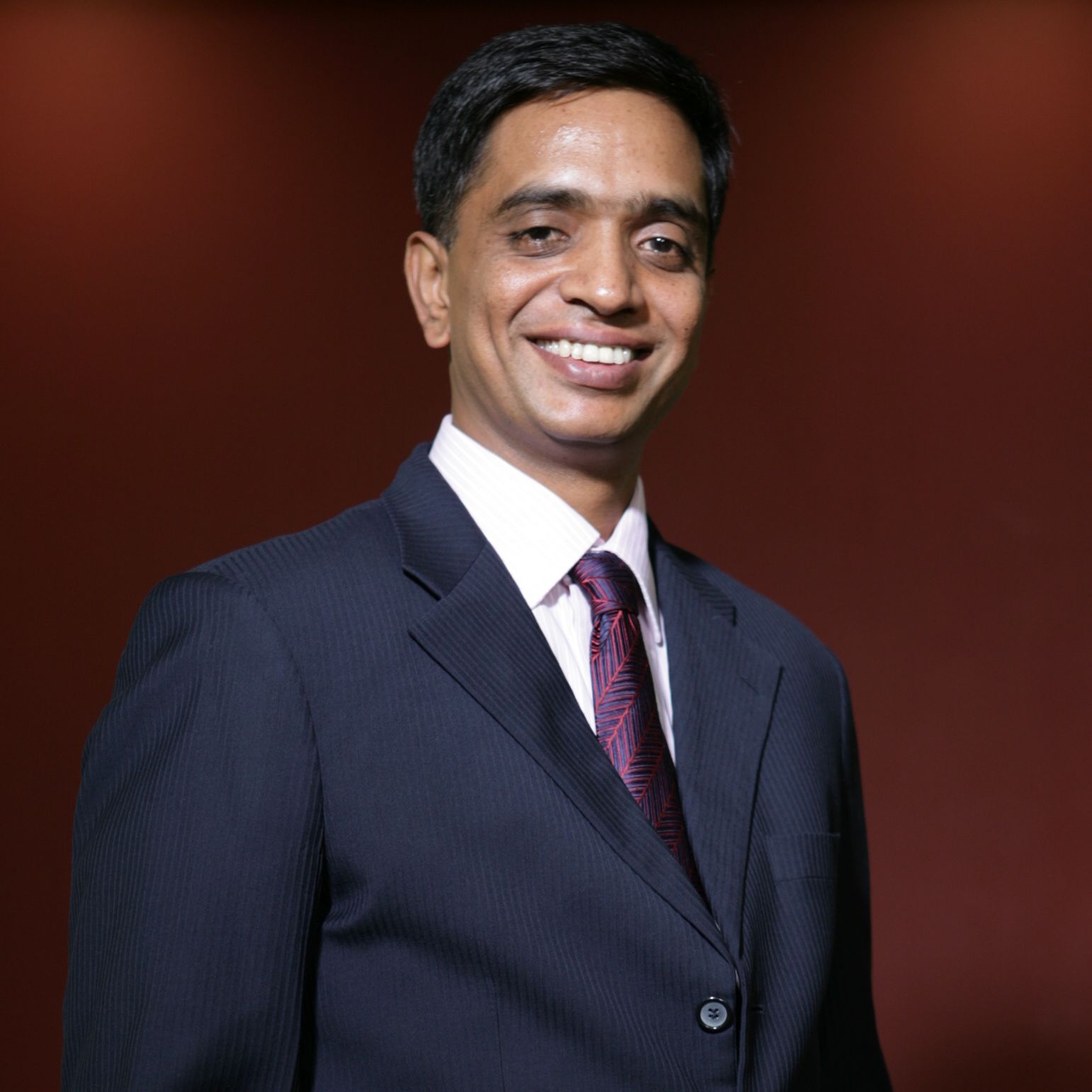 Ganesh Guruswamy
Ganesh Guruswamy - Senior VP at Western Digital
Guruswamy has over 25 years of experience in the semiconductor industry.
Prior to SanDisk, he served as vice president and India country manager at Freescale Semiconductor, and in senior management and engineering roles at Motorola, Advanced Micro Devices, and the Indian Space Research Organisation.
Guruswamy has served on the executive council of the Indian Semiconductor Association and has been featured in multiple publications.
He earned a Master of Science degree in electrical engineering from the University of Idaho in the United States, and a Bachelor of Engineering degree in electronics from Bangalore University. 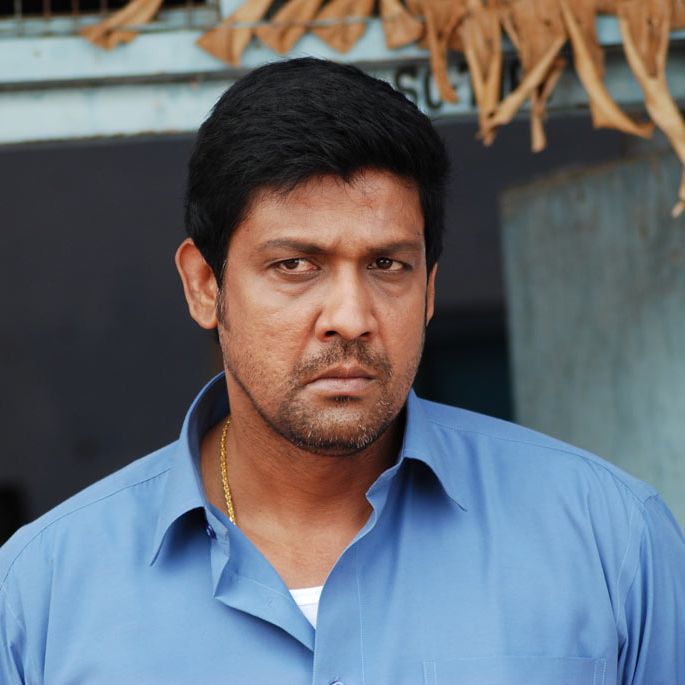 Sampath Raj
Sampath Raj is an Indian film actor who works primarily in the Tamil, Telugu, kannada and Malayalam films.
He is quite popular in Tamil & Telugu film industries.
He is best known for appearing in each film of director Venkat Prabhu's comedy trilogy, consisting of Chennai 600028, Saroja and Goa.
He has also acted in the latest film starring Rajnikanth "Kaala". 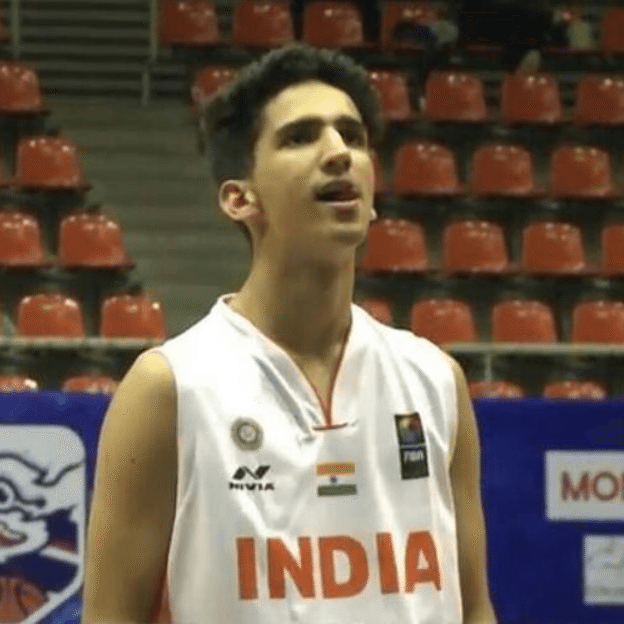 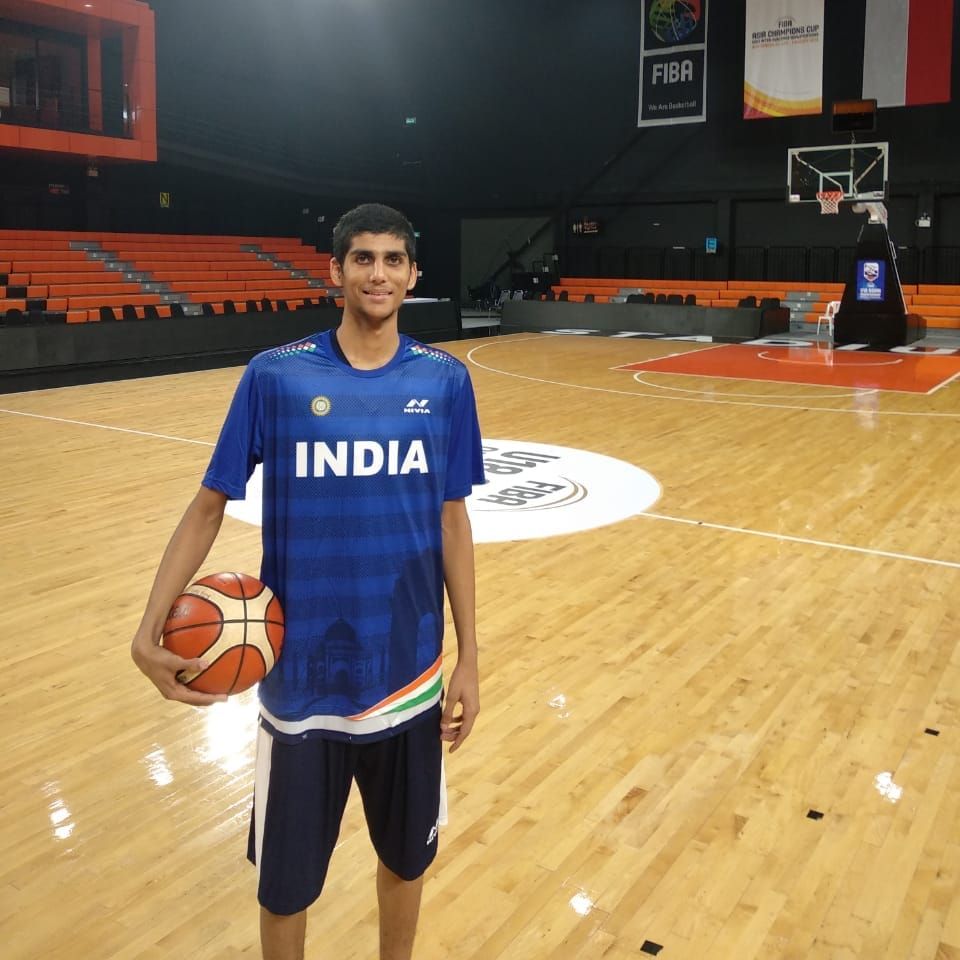